In data we trust: intuition no longer needed

We are literally drowning in data. Every day, the combined efforts of humans, businesses, and automated processes generate 2.5 quintillion bytes of data.  We are still only approaching the upslope of an exponential curve, however.

“Big Data” is already really big, and as the Internet of things expands, we can expect an even greater deluge of data. Luckily researchers and scientists have come up with new and intriguing ways to make use of all that data.

Data in itself, of course, is not particularly valuable – even if there is a lot of it. Fortunately, advanced analytics techniques have come into vogue alongside the rise in data volumes. Additionally, automation allows us to make use of this data without human involvement – this is important, as we tend to generate far more data than can feasibly be checked by human eyes. Eventually, humans may become less and less important to the data generation process.

A landmark study from PWC shows that by the year 2030, one-third of all jobs currently being performed by humans may be replaced by software and robotics.

There are very few industries that will not be impacted by AI. In the healthcare field, for example, applications are learning to analyze MRIs, X-rays and CT scans, and assist with diagnosing disease. One current study found that AI already diagnoses skin cancers with higher accuracy than human experts. The practical result will be earlier diagnoses which require far less invasive techniques, increased survivability rates, and greater quality of life.

What is truly remarkable is that the computers are not programmed to perform these tasks. Instead, computers are trained against vast datasets of images (images of peoples’ skin, in this example) and over time learn to recognize which images represent malignant tumors.

Is the age of intuition over?

Business is no less vital than healthcare, but business mistakes are less likely to be life-threatening. In other words, we can already trust machines to make life-or-death healthcare diagnostics without much human input. Given the lower stakes, we can most likely trust AI to make business decisions as well.

In fact, this is happening already. It began with stock trading – most index funds now use algorithmic trading in order to increase profits. These algorithms make stock trades in fractions of a second – faster than any human being could approve. Human traders have no choice other than to trust machine intuition. 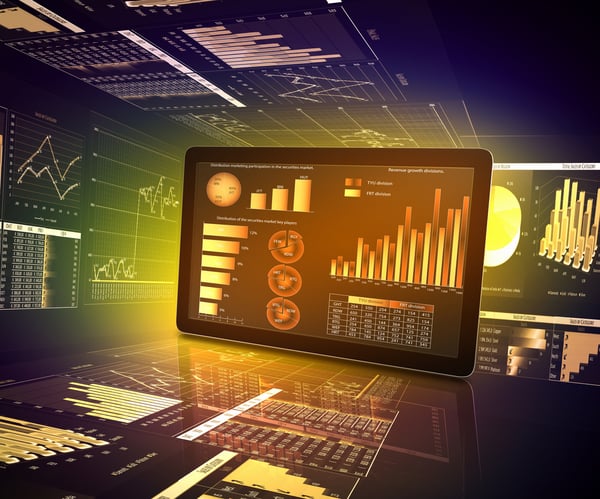 Algorithmic stock trading is a tactical technology, however; the algorithm makes money, but you still need to hire a human programmer to write its code, an analyst to determine lucrative investment areas, and a leadership group that makes decisions such as whom to hire.

We think of software as replacing the tactical elements of businesses – first data entry, then manual labor, then low-level creative tasks – but what about the strategic elements? Is artificial intelligence ever going to touch the C-Suite?

Time to augment the C-suite with AI?

The next stage of the game is prescriptive analytics – “given a desired outcome, here is what you must do to achieve it.” Setting a goal and then giving measurable outcomes to achieve that goal is nothing short of leadership – the same leadership that a CEO or a business leader might offer, in other words.

Prescriptive analytics is in its relative infancy, but it’s not difficult to imagine an advanced form. Surveys from Forrester Research indicate that it is expected to heavily influence C-Suite activities in the not-too-distant future. What affects will AI have on the way that corporations are led?

Human experience and intuition are commonly cited as reasons why automated decision-making will never replace human leadership. After all, who are you going to trust – the intuition of a person with 40 years of experience, or the choices of a piece of software programmed last year?

With that said, it may be that human intuition is replicable by machines – and perhaps machines can even make better choices based on their version of intuition. In 2017, for example, MIT scientists began working on a software platform that could use human-like intuition in order to improve its decision-making.

What does AI intuition mean for your business?

As stated, AI intuition – the ability to aid the decision-making of the CEO or even replace some business unit leaders – is still in its infancy. The state of the art won’t stay that way forever, however. Businesses need to start preparing for an AI future by familiarizing themselves with the analytics that will come to shape their companies. By building a foundation now, you’ll be ready for a future where AI tools are integral to your strategic decision-making.

Need actionable insights from your data?

See how Power Bi can improve sales and forecasting.